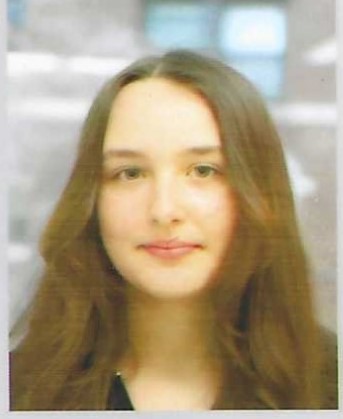 Kate Goewey, ARS '20, spent the last three months of fifth grade learning remotely then entered 6th grade at Calhoun School in the middle of the pandemic. Sounds stressful? "It was surprisingly pretty easy!" said Kate. She credits the kind and mellow community at Calhoun for easing the transition, plus she found that ARS had prepared her well for middle school.

One of the bigger contrasts was moving from a traditional classroom setting to Calhoun's open concept plan that uses thin walls or bookshelf dividers to section off classes. Moving from class to class, with multiple teachers giving homework, was another adjustment for Kate. "It would have been nice to hear about the amount of work in middle school! But the teachers are supportive and my English teacher is amazing. English is my favorite class." Kate is also enjoying the extra electives offered at Calhoun, including playwriting, digital art and sculpture.

Looking back at her elementary school days, the biggest thing she misses is the strong sense of community at ARS. "It was easy to make friends and I knew everyone." Fifth grade teacher Elsie Juwayeyi remembered Kate as an enthusiastic student determined to attain her academic goals. "She set a standard of good student behavior in our classroom!" said Ms Juwayeyi.

However, Kate advises our current fifth graders not to worry about changing schools. "It's really not a stressful thing!" She was slightly anxious about making new friends but found everyone to be kind. She is thriving at Calhoun and expects to remain there through high school.

Kate remains in touch with ARS classmates and we look forward to inviting everyone back to gather as soon as we are able! 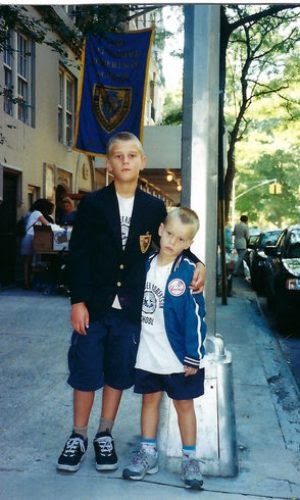 Jack and Charlie Houlton-Vinyl were not just siblings at ARS, they continued to follow the same path through middle school, high school and college! Jack, who graduated fifth grade in 2003, had such positive experiences at Mott Hall II, Beacon High School and the Macaulay Honors College at CUNY, including Master’s programs, that Charlie saw no reason not to follow in his footsteps, recalling how he used to crawl up the steps to meet Jack at pick-up time.

Fourth generation Upper West Siders, they are both building their careers in New York but with different trajectories. Jack is an 8th grade teacher at MS 577 in Williamsburg while Charlie, an urban planner, recently joined the NYC Dept. of Housing Preservation and Development.

The brothers are optimistic about the future but the past year has been tumultuous. Jack has juggled remote and blended teaching, with frequent school closures, while Charlie pivoted from working to finishing his Master’s degree at Hunter College.

The confident young men both credit ARS for giving them a strong foundation. “You can’t hide in small classes,” they agreed, which fostered good study habits and solid preparation. The personalized environment made it natural for them to participate in class and reach out to teachers, and the same approach helped them to succeed in middle and high school.

Charlie said: “I had wonderful teachers who instilled sweetness, kindness and politeness.” “Ms. Juwayeyi made me believe I could do anything,” added Jack.

“Jack stood out in my class. He was not only hardworking and meticulous in everything he worked on, he was cooperative and easy going … Jack’s “inner strength” gained him respect from his classmates.

“Charlie, an extrovert, always wanted to express how he felt about things. I knew Charlie was compassionate. It’s not surprising he is now involved in global issues. I particularly recall how the death of Steve Irwin, an Australian conservationist and crocodile hunter, affected Charlie so much. “He was inconsolable all weekend”, his father shared with me. We avoided discussing current events that morning for fear one of the students would bring that incident up and get Charlie more upset. 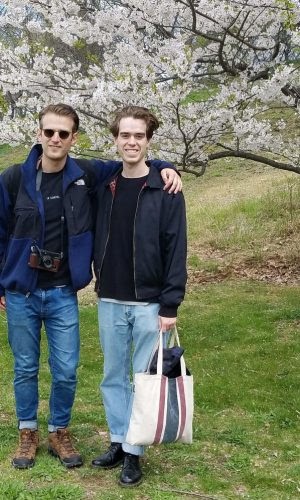 “The unwavering dedication and support the Houlton-Vinyls provided their sons throughout their time at Alexander Robertson School was but the beginning of ‘a better ending’. I am overjoyed and proud that my former students are now on stage playing their own roles in various capacities, and I congratulate them!” said Elsie Juwayeyi who was their 5th grade teacher.

What was most on their minds in the early years of the millennium? “The 2006 World Cup!” said Charlie, who is passionate about soccer. He also recalled participating in anti-war protests (Iraq and Afghanistan) with their politically active parents.

Jack remembers the 9/11 attack (while in fourth grade) and feeling somewhat in its shadow for a while, drawing parallels to how New York came together then as it has during the coronavirus.

The brothers offered advice to current students who will eventually navigate from ARS to the larger world of middle school. “Be optimistic,” said Charlie, who was drawn to Mott Hall II’s large array of sports and activities.

Jack said that while he credits strong arts at ARS in stoking that interest, which he maintained throughout college, in middle school he tried things he’d never anticipated such as theater and, later, production work. “Just keep reaching out to your teachers!” he urged.

To current ARS parents, they both suggest that families consider public middle and high schools as there are so many great options! 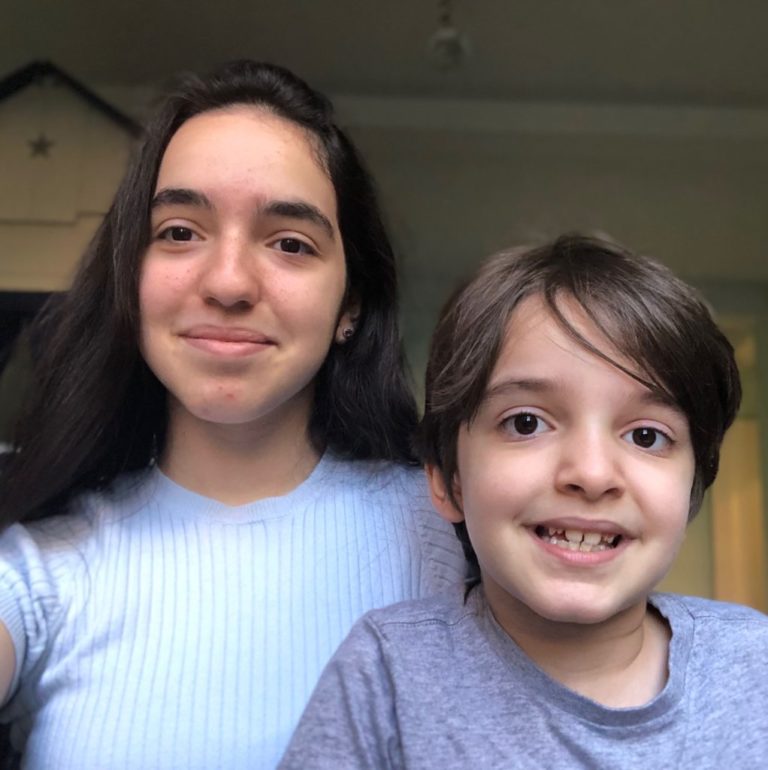 Bela Tinaj was the only girl in her grade at ARS from kindergarten through fifth grade. Every spring, before re-enrolling, her parents made sure that she wanted to remain at ARS. “It seemed normal to me,” she explained, adding that ARS gave her a strong base both academically and emotionally. “ARS had a big role in molding me into who I am.”

The result? A “seamless” transition in sixth grade to 150 students per grade at Horace Mann, where people were surprised at her confidence! Her biggest adjustment was to the physical environment, including changing classes, but she embraced the expanded range of activities. Bela is a leader in the debate club and participates in volleyball and She’s the First, a club that works to promote STEM education in countries where the majority of girls lack access to school. She writes for a science publication and a humanitarian collective that is organizing a Women in STEM conference this fall with girls from around the world.

Bela was happy and ready to return to in-person school this month. “It was very tiring being in front of a computer all day,” after Horace Mann went online from one day to the next. “Everyone was frazzled, confused and tired,” but remote learning was manageable thanks to her school’s amazing support. “It made all the difference, and we realized that many people were going through so much worse.” She compared the high level of support favorably to what she observed at ARS, where her brother Luka just entered second grade.

“I think Luka and I are at the safest two schools in New York!” she said, having compared both school’s reopening plans and found that they’ve done similar rollouts. She had a ready answer for what she would say to NYC Schools Chancellor Carranza if given the opportunity: “If you would not put your child in one of the schools, don’t expect parents to do so either. Stay remote until all schools can follow the CDC guidelines for safe reopening.”

The high school sophomore is gravitating towards a future science career, perhaps in medicine, engineering or research, following in her mother’s footsteps, a biochemist and biophysicist who currently works on Covid-19.

Bela stays in touch with her former ARS classmates and would welcome the chance to reconnect at a young alumni gathering as soon as it is safe to do so! Thanks for sharing your story, Bela! 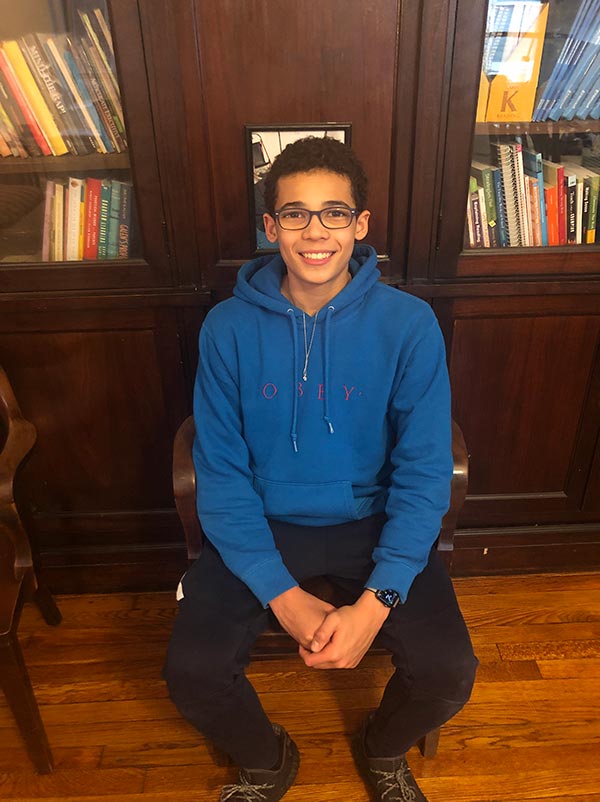 After graduating from fifth grade, Lucas Fleischmann was apprehensive about moving on from the warm, family-like environment at ARS to the much larger Columbia Grammar and Prep.

The size of the school was the biggest adjustment for Lucas, who fondly remembers how everyone knew each other at ARS. “I miss it a little. Everyone was so close, I really related to them.”

Reflecting back, the best advice the current ninth grader can give our fifth graders is that “everything is going to be fine! ARS was a big part of your life but you’re going to have fun in your new school!” He stays in touch with ARS classmates, especially through social media.

Lucas is on the varsity track team and is an avid piano player, participating in annual recitals at Steinway Hall, and credits his ARS teachers for helping to develop those talents. Already looking ahead, he is interested in studying architectural design or engineering in college.

Thanks for coming back to visit, Lucas! 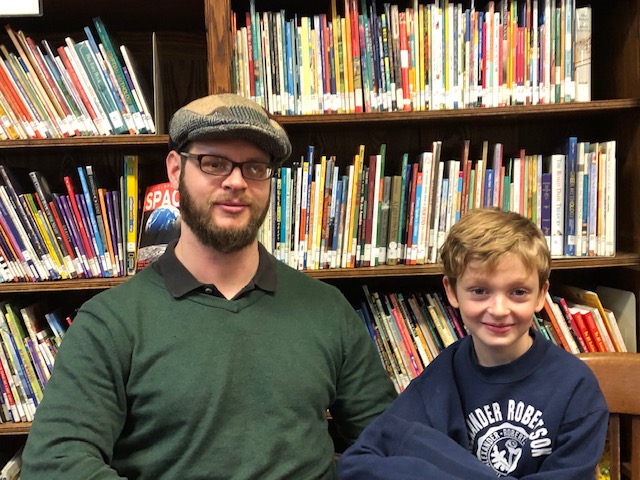 When Frans recently moved from the suburbs to New York City with his son Oliver his instincts were to return to familiar territory, which included enrolling Oliver at ARS. The main changes he notes at school are logistical (the classroom layout) and cosmetic (library renovation) but, most important, the school retains its moral compass. “It remains a special place.”

After two months in his new school Oliver said, “I love it here!” The biggest difference from his Westchester County School? There was no ethics class, and he studied Spanish instead of French and Mandarin. “What I really love is that we have one hour in the library,” he said.

When asked if Frans kept in touch with other alumni he pulled out a recent photo with four ARS classmates, one of whom he sees once a month, another twice a week!

Welcome Oliver, and welcome back Frans!