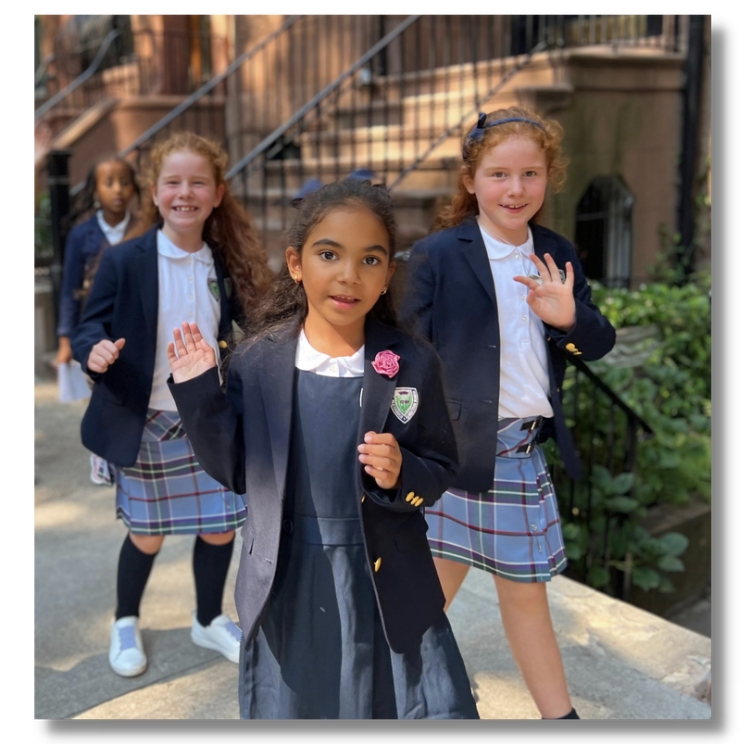 Opening well before the institution of the public school system, the Alexander Robertson School was among the first co-educational institutions in New York.

New York City at the time was home to several Presbyterian churches. The First Presbyterian Church was founded in 1716 on Wall Street, just east of Broadway. Forty years later, a disagreement over competing versions of the Psalms split the members and led to the founding of the congregation that later became Second Presbyterian Church, located on Little Queen Street (modern-day Cedar Street).

Nicknamed “the Old Scotch Church,” or “Kirk” and incorporated after the Revolutionary War as the Scotch Presbyterian Church, Second Presbyterian in time would have a pew reserved for the Governor as well as a gallery for persons of color. During the Revolutionary War, the British commandeered it as barracks for Hessian mercenaries—German soldiers paid to fight for the British. After the Peace of Paris ended the war, a subscription raised the money necessary to repair its fabric.

In 1789, a prosperous linen merchant and long-serving member of the church’s Board of Trustees named Alexander Robertson donated to the church 500 pounds and property on Pine Street to endow a free school for the congregation’s needier children. The school was unique in its founding as it was co-educational and open to all, specifically “the sons and daughters of farmers and common folk”.

(See Alexander Robertson’s portrait in the ARS named Carnegie Library which contains many of Andrew Carnegie’s personal volumes as well as a statue of Robert Burns.)

One Sunday morning around 1790, the Reverend Dr. John Mason observed a young Black girl sitting in Second Presbyterian’s gallery and invited her to join the tables where the congregation was receiving Communion.

“Whoever does the will of my father is my brother or sister,” Reverend Mason said, over the objection of several church members.

Aged about fifteen, Catherine “Katy” Williams became Second Presbyterian’s first Black member. Katy would later have her freedom purchased by two congregants of the church, and after marrying would be known as Catherine Ferguson. Catherine followed Rev. Mason’s son and successor, the Reverend Dr. John Mitchell Mason when he left Second after overseeing the construction of a new church on Murray Street.

In 1814, Reverend J.M. Mason would invite Catherine Ferguson to continue her Sunday school in the Murray Street Church’s lecture room. Thus began the Murray Street Sabbath School, and since then Catherine Ferguson has been credited as being the very first Sunday School teacher in New York. The Murray Street Sabbath School continued with Ferguson directing the educational and social services program until her death in 1854 when she succumbed to cholera. Though Ferguson’s Sunday School eventually ceased to operate, Catherine and her philanthropic legacy remain a strong model for the Alexander Robertson School and its fundamental values: empathy, kindness, and a well-rounded education for all.

The Alexander Robertson School honors Katy with a classroom named in her honor and an etching of the only known photograph of her hangs in the hallway beside it.

ARS now operates independently from the Second Presbyterian Church as a non-sectarian school, educating children of all faiths from Junior-Kindergarten through fifth grade at its campus on West 95th Street. Its unbroken lineage dating to 1789 makes it one of the oldest continually operating schools in New York City

Our longevity, traditions, and diversity define our school. We are committed to graduating students who are curious and confident learners, innovative thinkers and leaders, and who are prepared for the challenges of adolescence and beyond.

Please see our Head of School, Brinton Parson’s blog for more about our school’s unique history.